The past few years have been a time of unprecedented stress and anxiety. For many people, the easiest way to manage these feelings was through drinking. Whether it was the comforting routine of opening up a bottle of wine at the end of a long day, or the sense of community that came from sharing a few cocktails with friends over Zoom, many Americans began to lean more heavily on alcohol for a sense of control and escape. A recent Nielsen study found that the consumption of alcohol amongst people over the age of 30 has grown by 14% over the course of the pandemic, with a 41% increase in days of heavy drinking among women, and even higher numbers reported for parents of young children.

This surge in pandemic drinking has had an unexpected silver lining, though. When usual coping mechanisms failed to help people actually cope, it led many adults to start reevaluating their relationship with alcohol. Bolstered by the growing #sobercurious movement and the rise in zero-proof beverage options, people felt more empowered to cut down on their alcohol intake. Trends like Dry January grew significantly, with a reported 35% of Americans participating in 2022, up from 21% in 2018. Many participants in Dry January reported that they were likely to join in on another sobriety challenge, and some of them even said that it encouraged them to cut back on drinking year-round!

Slowly but surely, the choice to cut back on drinking is becoming destigmatized. Whether it’s for health reasons, pregnancy, or simply because they don’t find that alcohol benefits their life anymore, people have found community among the thousands of others who have decided to break away from pandemic binge drinking. Today, grocery stores are regularly stocking non-alcoholic beers and wines, and brands like Raising the Bar are putting together fun and accessible zero-proof cocktails options. This way, people are still able to enjoy the routines that helped them relax, without having to deal with any of the negative effects that alcohol can bring.

To learn more about cutting back on pandemic drinking and making sobriety work for you, listen to Raising the Bar founder on the Hello Someday podcast. 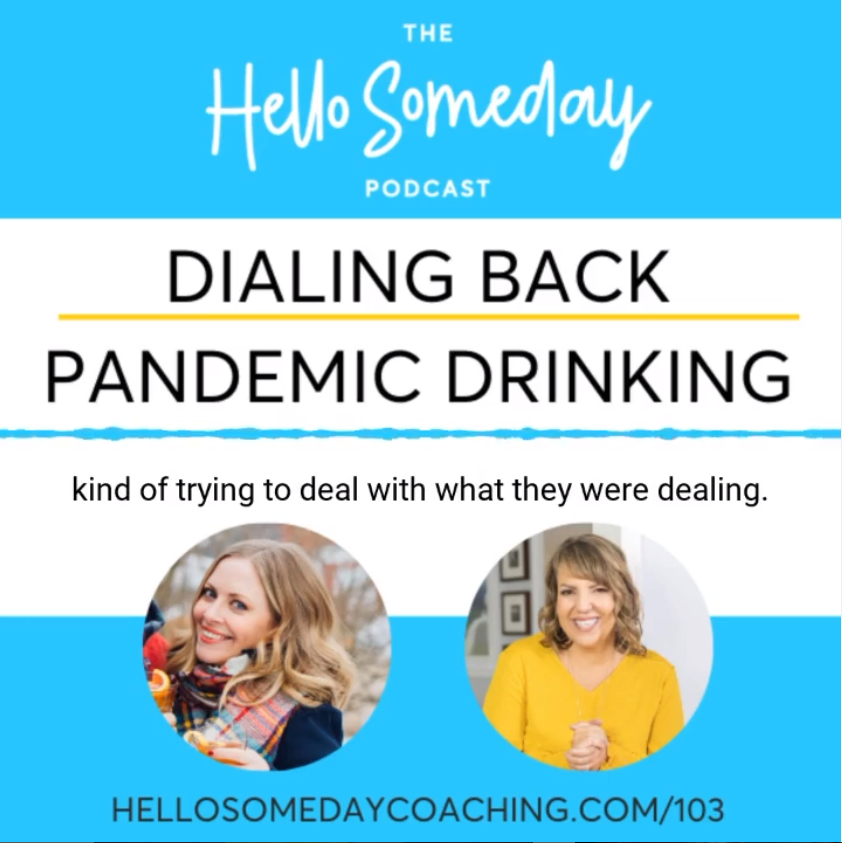